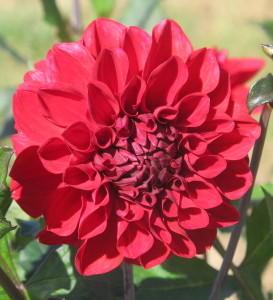 So I’m doing something new this holiday season. I’m putting up a few short stories, novelettes, and novellas in the Netwalk Sequence for sale, as I get them finished and I’m able to get them loaded.

The short stories (and, hopefully, the novelettes and novellas) are going to be somewhat different from what I’ve put up before. Basically, I’m adding pictures that are somewhat related to the story, either by topic or location. It won’t be a perfect set of illustrations, because, since I’m taking them myself, I won’t be able to put people in those illustrations (well, maybe yet). So a short story that I wrote for the Plein Air Exhibition, Dahlia, is now live on Amazon for the Kindle here.

I’m billing it as primarily a romantic relationship story, because, well…that’s what it is. A complicated romance in a science fictional setting.

Other pieces I’ll be putting up soon include a sequel to Dahlia, Winter Shadows, which deals with further complications of the relationship between Will and Diana. That one will be a short story. I also plan to issue a novelette/novella about Diana and Will, Problems at the Andrews Ranch, which deals with one of the events which affects the early development of Diana and Will’s company, Do It Right. Then I’ll republish the complete and updated edition of The Daughters Cycle, including all three of the episodic, intertwined, stylistically experimental (for me) short stories I published this summer (Of Mothers and Daughters and Boyfriends; Of Daughters and Boyfriends and Mothers, Of Boyfriends and Mothers and Daughters). Andrews Ranch and Daughters may or may not have pictures included. We’ll see.

Comments Off on Dahlia is now live!