This Thanksgiving furlough has been busier than I even dreamed, between working out the process in developing an illustrated short story ebook using Scrivener (it, um, seems to kinda sorta work) and pictures I’ve taken and a lot of other stuff.

I haven’t gotten anywhere near as much writing down as I had wanted. But I think I needed a break. I worked on putting together Dahlia: A Netwalk Sequence Illustrated Short Story   (which will go up tomorrow) for most of the week, taking my time, thinking about the process. If I can ever get the dang phone to reliably link up to Dropbox (which is pretty easy, I just need to not be lazy about it), I can even check the flow there.

It’s been easy to get out in the weather. Lovely and cool and clear. I took some shots I’ve been wanting to get for some time now. Whether it was Mocha ear cam shots:

or various architectural shots while out walking around Portland: 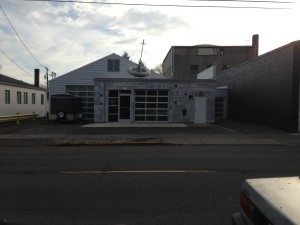 I’ve been doing stuff. Baked bread and pumpkin pie; cooked up a pumpkin soup with ham, did other domestic stuff.

And riding time. And just–unwinding.

But now it’s time to get rewound to face three more weeks.

Comments Off on How time flies….