New place to buy my books

So I’m getting out there with a new location to buy my books…Payhip. Books will be available in mobi (Kindle), epub, and pdf formats. The cool thing here is that you’re buying direct from me through these guys, and I get more of your payment in return.

So far I have the following books loaded: 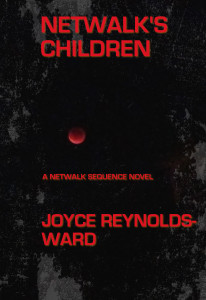 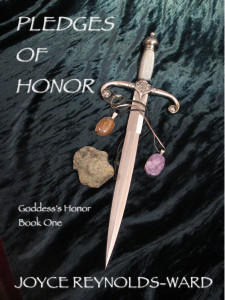 There will be more coming, as I get back to the main computer and upload more. Plus I’ll be running specials on the Netwalk Sequence books. Stay tuned….

Comments Off on New place to buy my books

Have a nice interview over here.

Comments Off on Interview link

I’m writing about writing and moving today over at Grand Central Arena.

Squee! Go over and say hi!

(and yes, I promise to write a blog that isn’t all Netwalk’s Children and Pledges of Honor. We have just had a blip in the world of life).

So the novella I put out before Sasquan, Of Archangels and Fuzzy Green Mascots, got a nice little review in Abyss & Apex.

Comments Off on “Archangels” review

Take a listen to Three Unwise Men Episode 7, otherwise known as The Long Awaited Episode 7, in which I am interviewed and talk about the upcoming Netwalk’s Children. And horses. I would have discussed Pledges of Honor, but….we got into Dallas with wireless implant chips (or is it Dynasty?) and matriarchies. Enjoy!

Comments Off on Interview!

Hey folks, I’ve got a pre-Sasquan special going on right now. From now through the end of Worldcon (August 23rd), Netwalk: Expanded Edition and Netwalker Uprising are available for 99 cents at the usual places. Here’s the links.

Netwalker Uprising on Amazon and Nook

Comments Off on Summer ebook sale!

A preview of coming attractions

So while I’ve been moving and rearranging the life, and not at all keeping up with my ambitious publication schedule, there’s been a lot of other things happening in my writing world. If everything plays out correctly I should have at least three big projects hitting this fall, possibly four depending on rewrites and drafting times. And short stories. I need to keep writing short stories.

Finally. It’s done and in edits. The third book of the Netwalk Sequence is my most challenging one yet, because it’s the turning point of the series. The point of view is beginning the shift from Melanie to her daughter Bess. There’s major revelations about the real nature of the mysterious machine known as the Gizmo which the Corporate Courts were created to restrain and guard. There’s also some examinations of multi-generational family dynamics, the nature of digitally uploaded personalities, and a lot of hints about the revelations to come in the final book of the series, Netwalking Space. That doesn’t mean I won’t write a few more things in the Netwalk world—there’s still a set of The Disruption Chronicles to finish and publish as an omnibus. But Space will finish out my primary vision for the Netwalk Sequence. I’ll probably start work on it next spring with a goal of getting it out in time for Christmas 2016.

Netwalk’s Children should be out in October or November, in time for Orycon.

Originally, I sold this work to a small press publisher. Stuff happened, and I got the rights back. Pledges is my high fantasy with a setting based on the late eighteenth-early nineteenth century interior Pacific Northwest instead of medieval Europe, about the transition of a young woman into a God. Well, that’s the series arc but not necessarily a book arc. The series and the books beyond Pledges are still in development. I’m wrestling with anti-colonialism themes in this one and Pledges barely touches those because its POV character is an outsider who turns out to be an insider. Let’s just say that the basic motivation of this story was the question, “What happens if colonial exiles united with the people they were supposed to colonize to overthrow the original, corrupt colonial empire?” A difficult subject and one I want to do right, because I want my colonial exiles to be the ones who get assimilated. Flipping of the tables, one might say. And I’m operating from the assumption that a society that has moved into its colonial conquest days is eventually going to fall.

Pledges has gone through a number of edits, so I just need to fix breadcrumbs hinting at later developments in the series plus make a final pass through it. I’m hoping to have it out for Christmas 2015. I have a kernel for the second book left over from an internship with Nalo Hopkinson, but boy does it ever need work. Nonetheless, I’ve got some ideas and will be talking more about this series once I get more pieces of it together.

Project #3—Do It Right in Space: Bess and Alex (working title)

This is going to be an omnibus release incorporating two already published novelettes and a novella I’ve still got to put up about Bess and Alex from the Netwalk Sequence. Tranquility Freeriders earned me a Writers of the Future SemiFinalist nomination but it’s not found a lot of love since. In any case, it’s about ambitious interns who figure out how to use skis for emergency evacuations on the Moon. Originally I wrote it for a Heinlein Society contest, then decided I didn’t like the contest constraints and sent it to WotF instead. Too High to Fall was a Finalist in a Story Builder contest and came out in Shelter of Daylight a few years ago, and is a space station mystery centered around a surprisingly stealthed dead skimmer near space station DIR 1. Of Archangels and Fuzzy Green Mascots was developed in a James Gunn short story online course I took a few years ago. It earned an Honorable Mention in WotF but didn’t find much love when I tried to sell it, so I’ve expanded it into a longer work to fit into this omnibus. It’s another space station mystery dealing with sabotage and the Gizmo.

Should be a Christmas 2015 release. Archangels is out on Amazon as a Kindle Unlimited short, and I’ll be running a freebie on it around Sasquan time.

This is supposed to be a fun little romp of a novella—my Jane Eyre meets Frankenstein in the contemporary interior Pacific Northwest. Reeni grabs at a job as a tutor in an isolated mountain compound to get away from an abusive ex-husband. But she finds out that not only is her ex Karl not human, but neither are her students. Still in early drafts, so I don’t know how far I’ll get with it. I may not get it done before 2016, depending on what happens with the other projects.

Possible Project #5–And other stuff.

I also plan to write more short stories on spec as well to specific anthologies—have two of those prospects that I need to develop right now. I’m also branching out into creative nonfiction and am trying to write those essays as well.

So. Lots going on.

I will be releasing my first newsletter in a few days. I don’t plan to spam folks so you should be getting posts about 3-6 times a year, depending on my convention and release schedules. Besides cool pix and stuff that won’t show up on either Facebook or the blog, I’ll be doing a giveaway directly from the newsletter. Stay tuned for further details.

Comments Off on A preview of coming attractions

I’m up at the eTreasures blog today, talking about Seeking Shelter. It had some interesting influences.

Comments Off on Speaking of books…

I guess I should mention this stuff. Granted, I’m kind of bad at posting these sorts of things, so I need to get better at doing it. With that, here’s my short list of Things Eligible:

“Live Free or Die” in Trust and Treachery, an anthology edited by Day Al-Mohamed and Meriah Crawford. Another good anthology with a great cover.

On the self-pub front, I’ve got several, but the ones that I really like and hope to see get something are these two:

Alien Savvy, linked here to Amazon (available both in Kindle and from CreateSpace) but also available through Smashwords, Barnes and Noble, Kobo and Google Play

Winter Shadows, linked here to Amazon as the most reliable source (this is the illustrated version). It’s also available as part of Life in the Shadows: Diana and Will, which could also be worthwhile. Christmas Shadows, also in the above-referenced Life in the Shadows, is somewhat fun as well.

Both Alien Savvy and “Christmas Shadows” have spent some time on Amazon top 100 sublists. Just sayin’.

Here endeth the shilling. There will be more stuff for 2015 as I already have a short story and novella coming out, potentially two more short stories, and probably even more than that. Onward.

Comments Off on Award eligibility for 2014