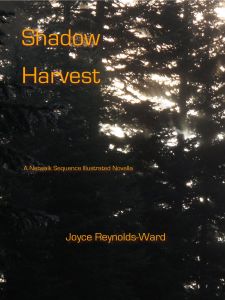 So one interesting piece I’m noticing about putting up these snippets from the WIP is that with both of them so far, I’ve noticed glaring errors I’ve had to correct. With the first one, I had to specify that Diana’s headset had limited vocal com access settings–of course if you’re wearing a headset, you’ve got com ability!

Yesterday’s blooper had Diana holding a blaster just as the skimmer she was in took off for high-G evasive maneuvers. Um. Yeah. Oooops.

All just a part of the revision process. Here’s what the revised version of yesterday’s scene looks like:

Movement. Her mother put the tablet down steadily, precisely, locking it into secured position. The slow, careful motion alerted Diana.

The automatic security belts clamped down solidly across her body. Diana reached for her blaster, heart pounding in her ears as she activated the disabling rounds, then secured it on the scabbard locked into the arm of her seat. With incoming, evasive maneuvers would likely follow. She didn’t want to hold onto that blaster when it happened. “Any idea who they are?”

Francis spit out a series of code phrases she couldn’t identify over her com. The com suddenly went silent, dead silent. Then their skimmer shot straight up, pulling some Gs and pushing Diana down hard in her seat. It banked hard and tight, and then accelerated, faster than typical for most skimmers. Of course. Mom would have the highest performance skimmer she could get her fingers on, then mod it up.

An impact knocked them sideways. The skimmer rolled. Red lights flashed in the passenger cabin as a warning buzzer screamed. Clamps snaked across Diana’s forehead, thighs and arms as the skimmer rolled again. Diana made herself breathe. In. Out. In. Out. She forced herself to relax against her restraints, remaining loose in case of further impact. Tense muscles would make things worse.

The skimmer stabilized, plunging down hard. The buzzer stopped blaring and the lights held steady.

What the–? Did Landreth just shoot at us?

The skimmer leveled and rocketed off faster than before. Her restraints eased slightly but did not release.

“Bastard,” Sarah growled. “Not. You. Parker. Shouldn’t. Be. Necessary.”

And now back to writing….

Comments Off on Rewrites–Winter Shadows, from yesterday

Sliding back into the groove

It’s surprising how quickly some things can change, almost overnight.  I’ve gone from being completely blocked on writing and professional fronts, flailing about to find solutions to–what is probably making me feel best of all–the ability to be creative again.  Funny how that works.

It’s not that things have magically improved in my work life, which is the biggest negative  at the moment.  Right now everything is conspiring to make this the craziest, most twisted and positively most awful year I’ve ever had in this job.  I got slammed with a couple of things yesterday that, if I’d been hit with them sooner in the year, would have either sent me out the door screaming or dictated a resignation letter.  Instead, I buried my head in my hands for a moment, took a deep breath, then said, “Okay.  What next?  What else can happen that will make this year worse?”

(Because trust me.  This year really is the sum of every bad teaching experience I’ve had on an individual event basis all wrapped together.  I have no illusions that the universe will stop dealing me crazy cards.  Dear Universe: I GET IT.  MESSAGE IS RECEIVED.  I’M WORKING ON IT. KTHXBYE.)

Is the turnaround because I’ve come to a point of no return?  Or is it because I’m finally seeing my way out of things?  I don’t know.  I do know I bottomed out a bit over the weekend, thanks to the utter misery of this damn cold added to whatever is going on with my gut, and then started clawing my way out of it.  I made some decisions and took some actions.  I dumped a bit of the physical chaos in my home office and started making lists and a schedule.  It’s amazing how rewarding the act of being able to cross off things on a list can be.  It’s amazing how forcing yourself to impose structure, to take the time away from the crazy din of twenty different tasks that SHOULD BE DONE INSTEAD OF IMPOSING STRUCTURE and making that structure happen instead simplifies life.  How much the little structural things end up solving all the other tasks.

So yesterday morning I was able to be creative.  I spent the morning writing time productively crafting worldbuilding outlines and plans for Netwalk’s Children.  I think this novella might end up being the best piece in The Netwalk Sequence yet, just because I’m finally able to articulate some of the core issues that have been slinking around undercover about the whole damn thing for so many years.  We shall see if my writing is able to stand up to the ideas.  I know how when I wrote something significantly affects the quality of the story, and the sad fact of much of the Netwalk stuff is that it has not been written in sequential order.  It’s been bits and pieces pulled here and there, and even deft rewriting can’t cover up the differences in craft, at least not to my eye.

And I channeled my inner Sarah Stephens.  I know that character very well, god knows I’ve lived with her for twenty-three years.  I still don’t know all of her life and the things that twisted her into the brilliant but manipulative bitch she became in Netwalk and later stories.  But I know what the initial twist was, her ultimate soul-searching gut check that damned near killed her.  And occasionally it’s helpful to pull on aspects of that personality to help me get through the day (like, say, last night’s snark.  Which was more about work than about the rejection letter.  I can be very good at displacement).  Sarah is a construct but she’s a useful construct for those moments when it’s damn the revolution, bring on the apocalypse.

That doesn’t mean there won’t be things that won’t utterly shred my soul and bring me to my knees.  I know that.  There’s no way escaping how some deaths will eventually do that to me.  One death will do that for certain and is statistically likely to happen before mine (Mocha).  The other is a statistical probability but one of those things that you never know (DH) who goes first (and will definitely shred me to pieces), and the other (DS) would be a tragedy.  Those things just are.

So yesterday was a day for blowing up logjams and getting things done.  For moving on issues I needed to clear out of my head, and facing new obstacles with a grin.  I’m not quite up to a Rolex 4-star cross country course when it comes to the crazies, but it’s getting there.

I know where I’m going.  How that path happens, I don’t know.  But the way is starting to clear.

And meanwhile, it’s off for more plot noodling on Netwalk’s Children.  Oooh, I can hardly wait to start writing this one now!

Comments Off on Sliding back into the groove