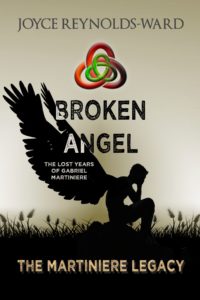 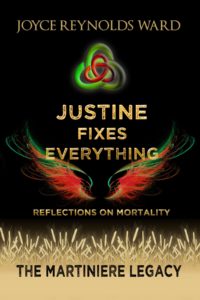 Despite the sinking hunch that this post is nothing more than an exercise in futility, I’m going to let you all know what I’ve produced in the last year that is eligible for awards. At the very least, it’s an exercise in accountability.

All are eligible for the Nebulas, Hugos, Dragons, etc, etc.

“My Man Left Me, My Dog Hates Me, and There Goes My Truck,” in Black-Eyed Peas on New Year’s Day: An Anthology of Hope, edited by Shannon Page.

“Queen of the Snows,” in Once Upon A Winter: A Folk and Fairy Tale Anthology, edited by H. L. Macfarlane. Note: this collection has earned The Fantasy Hive’s endorsement as the Best Short Story Collection of the Year.

The Heritage of Michael Martiniere

Clone Michael Martiniere was fated to die to keep his progenitor, Philip Martiniere, alive. Then Philip’s son Gabe rescued Mike at the age of five, whisking him off to the Double R Ranch where he learns about horses, biobots, robotics–and what it’s like to be loved by a family.

But the toxic physical, psychological, and political legacy of his progenitor continues to haunt Mike. Philip’s physical frailties cause clone effects in Mike, from arthritis and osteoporosis to cancer and heart disease. More than that, Philip has imprinted the notorious Martiniere mind control techniques on Mike, in an attempt to force Mike to submit to his will–even after Philip’s death.

Can Mike have something resembling a real life and win free of Philip’s influence? What will it take for him to banish that toxic legacy of his progenitor–and is it worth the price?

For his pains, he was forced into exile for over thirty years. Forced to divorce the love of his life.

But he’s still coming. Still bent on vengeance against the man who forced him into exile, Philip Martiniere.

Justine Fixes Everything: Reflections on Mortality

EVEN THE MOST POWERFUL PEOPLE HAVE TO START SOMEWHERE…
Over the years, Justine Martiniere has become the fixer for the Martinieres. Have a problem? Go to Justine to get it remedied.

But it wasn’t always that way. First, Justine needed to escape the abuses of her father, Philip. She didn’t expect to fall in love with the man she married, Donald Atwood. But she did–and then she faced the choice between remaining married to Donald, or stopping her sociopathic, megalomaniac father.

Justine Fixes Everything is in part the unusual love story of Justine and Donald–and in part the saga of her rise to power, viewed in retrospect as she tells the history to Philip’s clone Mike, as he recovers from surgery. It’s about what she sacrificed to become powerful—and, at the same time, how that past comes to haunt the challenges she faces toward the end of her life.