Wintertime, writing, new short story release up on Amazon, and other stuff

New fantasy short story release on Amazon with other sources (Barnes and Noble, Kobo, iBooks, etc)  to follow! The Goddess’s Choice is more relevant to the next book in the Goddess’s Honor series than it is to any of the stories I’ve published in that universe so far. You’ll be seeing Vered there. In any case, here’s the cover, link, and blurb: 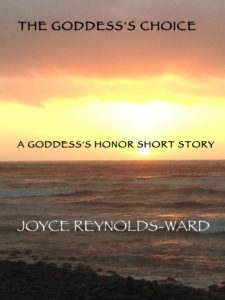 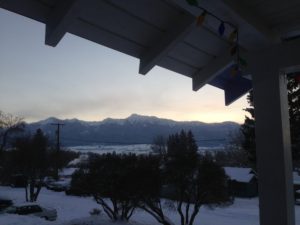 As for other things. This winter looks a lot more like the kind of winter I anticipated in Enterprise. We just went through a short period of sub-zero temps, including two nights of 20 below 0 (Fahrenheit) which led to our water meter freezing up as well as the place where the water line comes into the house. That meant yesterday was a bunch of excitement and drama, starting with the discovery of the problem at 5:30 am, the scavenging of water sources around the house, the pilgrimage to Safeway to buy more water when it opened, the calling of the plumber, the calling of the city public works emergency line, and lots and lots of the boiling of the hot water. Plus the buying of the small heater to thaw the link inside the house. Nevertheless, everything got thawed, the meter got more insulation, and we are taking other preventative measures. This was a blockage that had all the experts scratching their heads, but I’m just grateful we didn’t have to dig through a foot of snow to dig up the water line and thaw it that way (it’s all plastic, folks, which is actually more forgiving than metal but still…fewer thawing options). The freezing happened between midnight and 5:30, which did surprise us, but hey, it got fixed and all is good.

Mocha mare is getting along just fine with the herd. The picture is her on one of those subzero days. I’d given her some grain mush and turned her back out, and she was in no hurry to move on, especially since the herd was close by. I thought about riding today since the temps are warmer than it’s been for a while, but I’m still tired from yesterday’s excitement and hey, this is the first day of my official school break. Plus my gut is kind of grouchy today, so I just decided that I would vege out inside for once.

Besides, I finished a short story yesterday and that drug on until 9 pm. It’s a ghost story set at a horse show, playing with the all-too-common tropes of sex, drugs, and horses. I approached it as more of an exercise–one of those picture prompt types of stories. The ghost story is hopefully enough for me to tweak for genre publication should it not be picked up at the first market. I might try a couple of more literary markets first, but we’ll see. I’m somewhat allergic to paying to submit electronically, especially since genre markets don’t charge in comparison to the small press literary market. No matter what, it’s an addition to my inventory, a good one to replace The Goddess’s Choice. I’m going to give myself a week or so before looking at it again. I’m just pleased with myself because I wrote it in four days. Go me.

I’m poking around at Klone’s Folly and it’s about time to get back into it full bore. Then it’ll be on to Challenges to Honor, the next book in the Goddess’s Honor series. After that, probably the Weird West book. It feels funny not to be thinking about a Netwalk Sequence book–this will be the first time in about ten years that I haven’t been writing something in the Sequence. But that’s the life of a writer. I do want to put out an omnibus edition of the Alex and Bess novelettes, and will do that as soon as I get around to it. I do have a followup SF series, but the Star Shepherds book is significantly far-future and will be different. It might be a series…it might not. I’m just thinking about it now and chewing at the idea.

Maybe it’s the Solstice thing. I just want to hang out and chill a bit, read a book or four or five….I have been reading a lot this year, and tracking my reads on Goodreads. It’ll be interesting to see how many more books I add before December 31. We’ll see what plays out.

Meanwhile, I feel an urge to go curl up by the fire and work on the current book…..

Comments Off on Wintertime, writing, new short story release up on Amazon, and other stuff