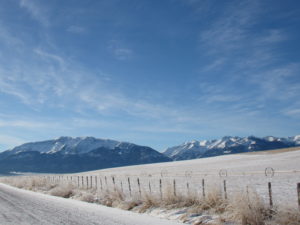 2020 tried to go out like it came in, with me dealing with a gut bug. Fortunately, unlike the bug that made the 2019-2020 transition miserable, this one was easily tossed back, but I was still pretty tired out. Today, it’s all about allergies acting up. No idea what is going on unless the ol’ bod is taking me through a retrospective tour of the Bugs of 2020.

Meanwhile, I finished the last preliminary edits of The Heritage of Michael Martiniere. Now it’s waiting for the editor’s comments. When I finished this pass of Heritage on the 30th, that was pretty much it for the world of the Martinieres. I know it is now because it just feels different. Instead of Ruby, Gabe, and Mike haunting me, the characters from the next set of books (which will be set in the Goddess’s Honor world) started speaking up. Oh sure, I could write more about the Martinieres and I might just do that in the future. But for now, that world is done, save for the final touches on Heritage. It’s been productive.

I didn’t keep details of the exact number of words I wrote in 2020, but it’s easy enough to figure out by looking at the books.

Each volume of the Legacy came out at around 90,000 words each, so roughly 180,000 words on the base Martiniere Legacy story.

First Meetings, That Martiniere Look, First Christmas Together, and A Belated Christmas Honeymoon add about 20,000 words to the total, maybe a little more. Add in another 6,000 word Martiniere story out on submission and that’s 26,000 words of Martiniere short stories.

Roughly 320,000 words in all. Perhaps another 10,000 in stories that got started but dropped, or were story sketches.

Eh, so I guess I’ll claim roughly 330,000 words written this year, not counting the blogging. I would say that speaks of a productive year. Then again, except for two trips to Portland and RadCon, I didn’t go anywhere.

I published Judgment of Honor, Inheritance, Ascendant, and Realization this year. No short story releases that I can remember.

This was the year I also decided to step off of the short story treadmill after realizing this summer that I could either be a short story writer vying to get my work published by others, or else I could focus on novels and promotion of novels. I simply lack the energy to do both at age sixty-three. The Martiniere books are some of the best I’ve written, and I think it is because I just threw the short story stuff out the door instead of trying to juggle books and short stories. That said, the Martiniere short stories also rank amongst some of the better shorts I’ve written, at least in my opinion (especially That Martiniere Look and First Christmas Together).

One of the reasons for stepping off of the short story treadmill is that it’s a numbers game. In order to be selling regularly, one has to have something like 15-20 stories written and circulating. My best sales happened when I had that much inventory. Just like having an extensive back catalog helps with selling books, having a lot of shorts available makes sales much more likely. I’d fallen off of writing short stories and had something like nine in circulation.

I looked at the numbers and decided that I’d much rather focus on novel series, and working on short stories tied to the books. For one thing, writing a short story outtake is really helpful when I’m trying to figure out some character dynamics. For another, short stories tied to a series sell books. They serve as an easy introduction to the characters and the series with less investment.

What am I going to do with the unpublished short stories I still have in inventory? Well, some may just molder in the trunk. Others may end up being self-published (for example, Moving On, a climate change dystopian story told in letters). Still others may be fleshed out in more detail or revised as needed. And if I see an appropriate anthology call, I’ll pull them out.

Making that decision was actually a bit of a relief, really.

So what lies ahead? Well, besides finishing off Heritage edits and production work, I’m going to revise the first two books of The Netwalk Sequence. Both Netwalk and Netwalker Uprising are not up to current formatting standards, and I find them difficult to read as a result. Plus there’s a bit of revision needed for series continuity and tech updates. Those two reflect the reality that one is ten years old and the other not much younger. Additionally, I have three separate cover artists in that series and it just doesn’t work. They’ll be the Author Preferred 2021 Series and I plan to rerelease them in September.

The new writing will be a trilogy set in the Goddess’s Honor world. I already knew this was going to be a thing because while I’d finished the series arc, there were still storytelling situations left in that world. The new series is going to pick up those threads. Witmara has to wrestle with all the problems that Chatain left her in Daran. Her mother Katerin ends up leading the coalition of nations that make up the Free Nations of Varen–and has to deal with the Divine Confederation and the Outcast God to the East. She appoints Heinmyets to be Varen’s ambassador to Daran. Betsona helps Witmara, then is attracted to Heinmyets–and discovers a new source of strength. Meanwhile, Rekaré is learning how to be a Goddess.

But there’s also some tiny bits of discovery, such as the Headwoman of Wickmasa, Imnari, being much, much more than she first appeared to be. Oh yessss, this world is starting to talk to me again. Worldbuilding starts in earnest soon.

Meanwhile, I’ve also decided that I need to develop more visibility this year. To that end I’m going to try to be more active on Substack, Instagram, Goodreads, and yes, Twitter. I took a couple of Jane Friedman classes on platform and social media, and they pretty much confirmed what I’ve been doing so far and where I need to go next. I have the two papers I wrote on the early development of the New Christian Right back in 1980-81 that I’m going to put up on Substack, and will probably summarize a bunch of my files of right-wing movements in the Portland area during the late 80s-90s over there as well. Substack is probably where most of my political writing will end up, as well as my professional writing work.

I have a crapton of photos that will probably start going up on Instagram. Mostly landscapes and wildlife, but they’re connected to my various writing worlds.

I need to figure out how to link this blog to Goodreads so that it automatically crossposts, just like it does to my Amazon Central page.

I actually worked out a schedule and everything yesterday–a general schedule. This next week is going to be all about plotting out the specifics now that I have the general framework set up.

Not that many years left. I need to kick out the jams and make whatever splash I can–and 2021 needs to be that damn turnaround year.