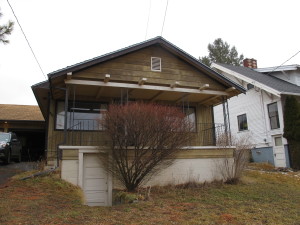 Yeah. So we bought this house in Enterprise, Oregon. There’s a bit of a history with us and Enterprise, all wrapped up in how DH and I got together and politics and my inchoate longing to live in an arid mountain climate that isn’t Bend (I spent too damn many years getting drug up to Crane Prairie and, well…a toxic former boss lives in the Bend area. Do. Not. Want. Encounters).

Or…after ten years of teaching there…not the Mountain, either. Don’t get me wrong. I love the Mountain in its own way. It just isn’t…me. In the long run, it’s too damn wet. If there’s one thing that can sum up JRW after all these years, it’s my consistent longing to be someplace drier than Western Oregon with mountains. IOW, NOT the Cascades, lovely though they are. Nor the coast, nor the Coast Range. I’ve flirted with the Rockies, but…nah. Their Blue Mountain offshoots, primarily the Wallowa Mountains offshoot, are my heart. I discovered Montana in 1978, and the Wallowas in 1980, and the Wallowas always took primacy of place.

DH and I got engaged and married while living in Enterprise over 33 years ago. We always swore we’d come back, but, as time went by, it became clear that this would be a retirement return, not a return while we needed to accumulate money. So…until about a year ago, it didn’t seem possible. Then I found those jobs, and then we talked, and then we thought and…well.

Those of you who know me and DH well know that this sort of decision from us is not a hasty sort of choice. To outsiders, when we act, it may seem as if it’s a quick, impulsive decision.

Nonetheless, when we move on something after about six months or so of discussion, it only seems fast to the outsiders.

So. Farpoint. We had been watching listings online, and this place kept calling to us. Other places (ironically, within easy sight of the house) attracted us and got sold. We made an appointment in December to drive up and look at the house, as well as a couple of others. One thing we were firm about was that we wanted a view. This house had a view, and the others? Um, not so much.

Things about this house called to us. It’s not a fancy house. The place is rather stark and plain, industrial in design. It was built in 1917 as a boiler shack to provide steam heat for a local greenhouse complex (none of which remains). In the 60s, the owner jacked it up, put in the original basement, and added two bedrooms. It has radiant oil-fired heat, with both baseboards and the classic old iron radiators. One level.

This pole light came with the place. 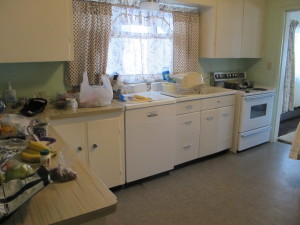 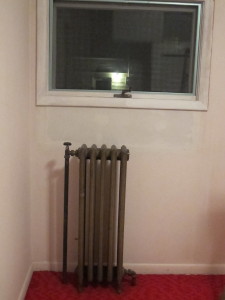 The window and radiator in what will be my office, the original bedroom off of the living room.

And, of course, the reason for This Place:

The house belonged to an elderly woman who had gone into a rest home. In talking to the local service people, it was clear that folks had gone out of their way to support keeping her in her home as long as possible, before that no longer became an option. The woman and her late husband were clearly handypeople in their own right, as well as folks who couldn’t throw anything away. I sorted through a lot of stuff our first weekend in the house, when we took possession. I found some neat stuff, but also a lot of junk. Nonetheless, the house is plain, with solid bones, and an interesting history. I’m hoping to find out more about it as we spend time there. Our friends who have lived there a while kind of remember the greenhouses and all. And our little steam boiler which powers the heat is a remnant of that steampunkish history…

We had started jokingly calling the house “Farpoint” before we even left PDX to take possession, just because of our SF connections and the number of Enterprise-related jokes we encountered when talking about it. Then, the lamp, and the discovery of the house’s history, and then, this…

Drawing discovered when I was mucking things out.

So Farpoint it is. Right now, we’re not sure if it will be a second home, or an eventual retirement home. We’re doing upgrades, because while the house was maintained, it wasn’t maintained for current levels of electronic use, for example, and the windows are single pane. The plumbing is a mix of plastic and iron. We’re going to replace windows, fix the front porch, and…then we have a lovely porch to watch sunsets from. Or mornings. Or just about anything else. Farpoint is three blocks from the downtown area, an easy walk to just about every service available. The Fishtrap house is two blocks away. The nearest bookstore is three blocks away.

We plan to make a slow transition when/if retirement actually happens for DH. Me, I plan to start scrambling for more writing, tutoring, and editing work, starting June 16th. We’ll see where that goes.

Meanwhile, we keep dreaming of Farpoint, and longing for a change.

Gonna be a big one.

Comments Off on So. Farpoint.