I finished The Heritage of Michael Martinere this last week–Wednesday, or maybe it was Tuesday, I can’t be certain now without going back to look at the Facebook/Twitter posts. Almost right away, I came across an article which not only clarifies something I did in Heritage but also somewhat underpins and supports the elements of The Netwalk Sequence. Food for thought, but it kind of blows up part of the ending of Heritage…and gives me something to think about for the next book, should I choose to write another Martiniere book. Which I think I may…there’s some elements I can still mine in that world. The whole indentured servitude/body modification issue…what happens when indenture gets wiped away quickly? What impact will it have on society? I’ve written about this from the upper end…now how about the everyday end?

Thinking about it. One problem is that I don’t feel confident about writing that kind of story. That might be an exercise that is good for me. On the one hand.

On the other…so many people write about the gritty side of things. I’m not sure I want to join those ranks, necessarily, and the everyday life in that particular world might not look so nice. Gotta think about it.

Then again, I do leave an opening at the end of Heritage for Mike and JoAnn to further that story. We shall see. I’m resisting the urge to print it out and do those revisions because I need to think about that major ending revision pretty darn hard. And Heritage is already at 117,000-some words.

But there’s other things going on besides the book and thinking about the next project (I always try to have December as a not-large-project month).

Mocha’s sore and I think it might be age plus frozen ground with no snow cushioning. And she did tweak something. I broke down and ordered a quarter sheet to go under the saddle when I ride, because I suspect that her back muscles are tight and perhaps a little extra warmth when riding might be useful. We’re doing short rides with a focus on bending and flexing–and the other day she suddenly came right after doing a little bit of two-tracking. Meds kicking in or she finally got warmed up? I don’t know for sure, but at her age it doesn’t hurt to pamper her a little bit.

We are reorganizing the house–all this time in it during Covid kinda has helped us revise our organization. A couple of chairs got relegated to the basement (one is an extra we don’t use but can come out post-Covid for visitors, and the other is my porch rocking chair that stays out once weather gets good in the spring). But there’s some other system stuff going on.

I generally start bringing the grooming caddy for Mocha inside once the weather consistently drops below freezing, because it has wet stuff in it that doesn’t take well to freezing. Because I also keep horse cookies in the caddy, I’ve been concerned about attracting rodents into the house so I’ve had it in the main house, which eats up space. This year, I’m keeping the caddy in a big garbage bag in the basement. Same for the big garbage bag. Soon I’ll be moving saddle into the basement and definitely the bridle I’ll be using most of the time so that it isn’t constantly cold. I’m also rotating halters because of possible fomites on gates etc when I’m at the ranch, and I want to keep all of that stuff out of the main house. Which means my boots also live in the garage instead of in the house.

I do like that setup. It’s much more efficient and then I don’t have a whole bunch of horse tack in the main house. The Western saddle is going to be the big challenge, though. It may just keep living in the horse trailer tack room.

We went for a “get OUT of the house” drive yesterday, first up to Wallowa Lake and then in the grain and hay fields to the east of town. Saw elk, a fox, lots of deer (both whitetail and mule), assorted raptors including eagles, and took some artsy photos. 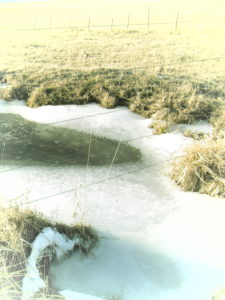 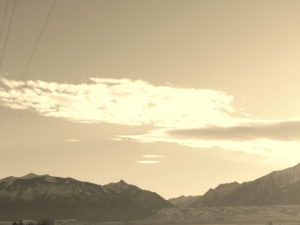 But for the most part we’re hanging out and staying away from Covid. It’s a quiet life right now. I’ll take it.

Comments Off on Random post-book thoughts