We’ve decided to work with a friend who has a place in the Coast Range to grow a somewhat bigger and different garden next year, primarily because we’re going to be in transit and because he wants to do a garden but needs help.

Today, we took the first step in setting that garden up by moving black plastic from one side (where it’s been covering and killing back grasses) to the other. I didn’t have a starting picture of the process, but I have some intermediate pix. 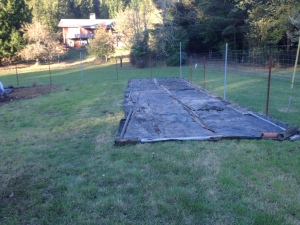 One section of black plastic moved.

In process of prepping and moving the next section. 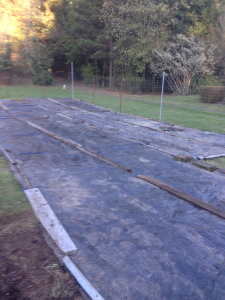 Second section moved and weighed down with miscellaneous boards, pipes, and bricks so it won’t blow away in winter winds.

Finished version, with just a few small strips short of covering all the remaining grass. Now we just need to bring in manure and sand to sit on the bare strip over the winter, then till in spring for planting. The other section has been previously tilled but has gone to grass for various reasons. 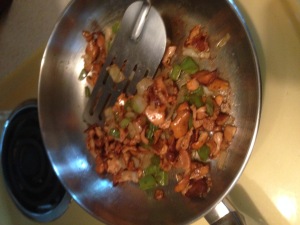 Part of dinner afterwards–last of the chanterelles from two weeks ago, sauteed with green peppers and onions. Nomnomnom.

Comments Off on Fall garden preparation