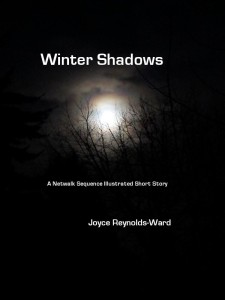 Here’s a snippet from the WIP, written today….

Close, but not close enough. Diana slumped back in her seat in the darkness of the skimmer parked on the edge of a landing strip in God-knows-where-on-some-Mediterranean-island, careful not to disturb her headset. Three days. It had taken three nerve-wracking days to put the plan together. She’d played her part, including a dramatic, tearful interview where she’d managed to slip the phrase shadows unfold into several of her angsty comments. The buzz media had eaten it up.

Would Will be able to see that?

Depends on what they’re doing to him, Francis had answered when she’d asked. They wanted him to talk about you. Odds are he’ll see anything you say to the press. You’re a leverage point they have over him.

That’s the problem of romantic connections, her mother had answered wryly, raising a brow at Francis.

But now it was happening. Diana wore a headset with communication capabilities, monitoring outside coms along with Francis’s com team, a backup just in case until they got Will. Then she just had to keep talking to Will to keep him calm.

Comments Off on Snippetry….from Winter Shadows