Other books by Joyce Reynolds-Ward 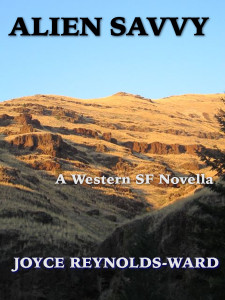 When Hank Martin runs into a strange disk complete with little gray men while herding cattle in remote Ogden County, Oregon during the Cuban Missile Crisis, he has to wonder if he’s going crazy or if the Russians are invading. Together with his talented cowhorse, Missy, and the support of his wife and local ranchers, Hank is determined to get those cattle rounded up, no matter if aliens, Russians, or weird Air Force bureaucrats want to stop him. Will he succeed before he loses all of his cattle, which would mean the death of his dreams to raise champion cowhorses?

Amazon, Nook, and Apple, Kobo, and others through Draft2Digital. 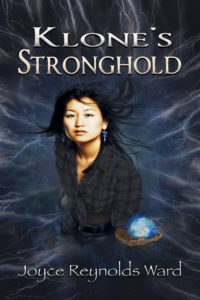 In a world of supernatural beings, not knowing what you are is dangerous.

After Reeni Dutta’s ex-husband Karl attacks her at a music festival, she finds a refuge teaching cryptid construct children at Klone’s Stronghold in northeastern Oregon’s isolated Bucket Mountains. But things are not as they seem at the Stronghold, from the older proprietors of a nearby store and the Stronghold’s leader Alexander Reed Klone, to Reeni herself. She discovers it’s not just Karl who seeks to control who and what she is, but forces from her past that threaten her present. Can she learn the truth about herself and do what is needed in time to defend the Stronghold?

Buy it at: Amazon and Apple, Nook, Kobo, and others at Draft2Digital.