So I did a thing…THE MARTINIERE LEGACY

Once upon a time little Joycie-poo thought she was going to write a Big Book. It was going to include future agricultural technology, horses, a feuding couple, a game show that provided funding for agricultural technology, more horses, and whatever else it was going to take to make it a Big Book. I was going to call it The Ruby Project. And if the one publisher I pitched it to based on a concept and a quick sketch decided to take a pass after I finished and submitted it, well then, I bought a membership to the World Fantasy Convention, with plans to pitch it there.

I kept on writing. Toward the end of Realization, I realized that a.) The Martiniere Legacy summed up the trilogy arc much more effectively, and b.) I absolutely hated the title Origins. It didn’t hurt that I had named a reoccurring horse character Legacy and realized that hey, that resonates in a lot of ways with what I’m writing. So the overall series title was fixed, but what about that damned first book? I noodled around, but it wasn’t until the last few days of drafting Realization that I finally discovered the title for Book One. Inheritance.

Oh yeah. Inheritance summed it all up.

Well, I wrote the last words of Realization today. Tomorrow I’ll do the final edit pass. And then it’s off to edit Inheritance for both continuity and revision purposes before sending it off to edits.

One reason I sat down and wrote the entire trilogy over a period of six months was that I had promised myself at the end of Judgment of Honor that I would never, ever, ever write a series without either a.) creating the whole world and continuity for the entire series in advance or b.) writing it all at once and then editing. Goddess’s Honor was my second series, and I kinda blundered into it without thinking much about continuity. By the time I was done with it I was tired of paging back through the entire volume of work to make sure everything made sense.

It was…an interesting experience made increasingly weird by the first six months of 202o. There have been days when I looked at what I wrote in despair because Real Life was becoming even more weirder than what I was writing.

I plan to write a few blogs about this process because, well, I learned more than a few lessons from it.

And oh yeah. I now have covers. So here they are: 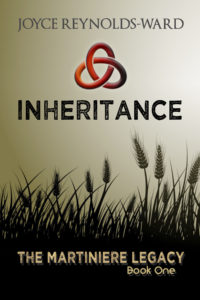 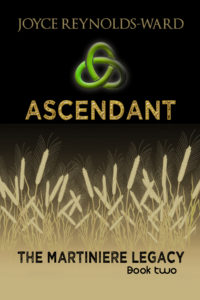 Comments Off on So I did a thing…THE MARTINIERE LEGACY